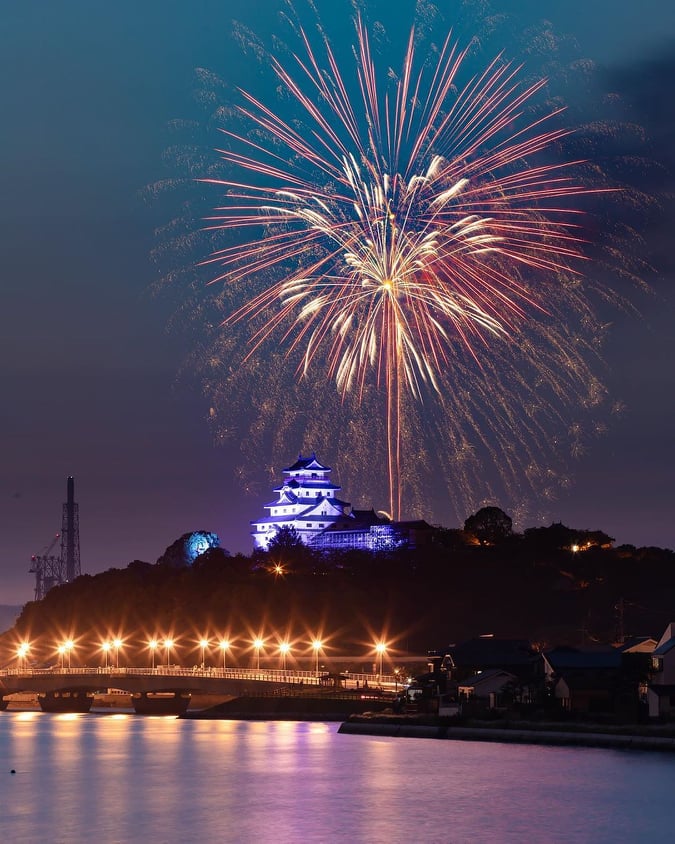 Japan is known for its summer “hanabi” (花火) firework festivals. Hanabi firework displays have had a long history in Japan, with hundreds of fireworks shows all across the country, usually in the summer between July and August. It is a fun and enjoyable time for people to relax in a festival atmosphere, dress in yukata and having a few bites along the streets filled with food stalls.

However, due to the COVID-19 pandemic this year, many of Japan’s summer firework festivals have been cancelled. Since many people were disappointed in the sudden cancellations, several of the country’s pyrotechnicians came together to organize a surprising fireworks project called “Cheer Up! Hanabi” that would have all 47 Prefectures in Japan participating in the project. The project’s aim was to avoid having large crowds gather, as is typical of normal hanabi fireworks events. Therefore, the organizers originally announced that each prefecture would keep the date and time of its hanabi event secret and the fireworks would only be displayed for five minutes each.

To everyone’s surprise, the plans later changed and on June 1, 2020 at precisely 8:00 PM, Japan's sky lit up with bursts of fireworks in all 47 Prefectures. In total, there were over 160 companies that voluntarily participated in this project, contributing to the simultaneous launch of hanabi fireworks displays in all 47 Prefectures throughout Japan. It was a spectacular sight to behold for those who were able to catch a glimpse of the displays. As the name implies, ‘Cheer Up! Hanabi’, was an event that would ideally provide hope to the people for the end of the COVID-19