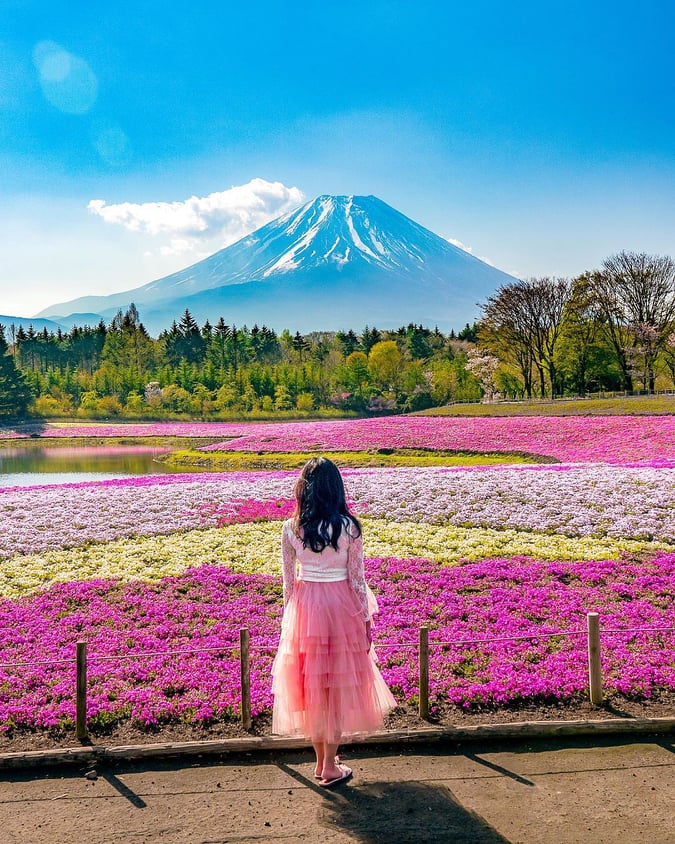 Earlier this year, Japan has banned the entry of many oversea visitors in order to limit the spread of the virus. However, the nation-wide state of emergency in Japan was lifted on May 25th. Japan has re-opened schools, cinemas, sports clubs and department stores since the beginning of June and is expected to gradually re-open borders from the end of June. This will start with countries in which COVID-19 has largely been contained (such as Australia, New Zealand, Vietnam and Thailand) and will continue to add more countries to the list.

As the country begins to open up, many are eager to start looking into travel plans for later this year or next year. If you're looking to travel, you may want to consider the seasons you'd like to visit Japan and what you'd want to see. For example, this year, Fuji Shibazakura Festival (between mid-April to late-May) was cancelled due to COVID-19, but you still have a chance to see it next year!

Each year, Fuji Shibazakura Festival (富士芝桜まつり), located about 3 km south of Lake Motosuko in the Fuji Five Lakes area, displays the breathtaking scenery of 800,000 pink moss against the backdrop of Mt Fuji. This festival has been held for one month from mid April till mid May and attracted thousands of visitors every year. It is worth seeing if you're planning to visit Japan in the Spring.