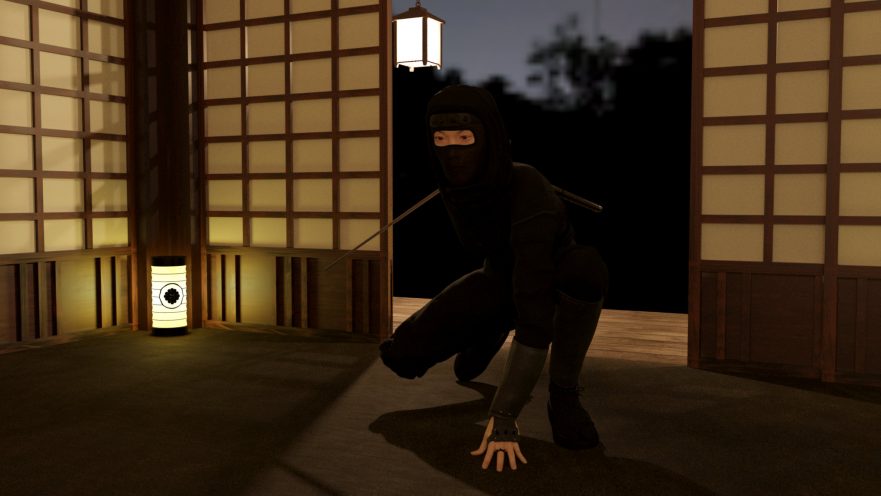 Are you tired of classes at school and want a degree in something interesting and “stealthy”? Now’s your chance to get a Master’s Degree in Ninja Studies!

In the age of the samurai (the Edo Period, from 1603 to 1867), ninja were deployed as warriors in unconventional warfare such as infiltration, sabotage and assassination. Also known as “shinobi” (meaning “those who act in stealth”), ninja were trained to employ a range of stealth-like tactics to take opponents out by surprise.

While ninja are no longer employed to “take out a rival”, you can now learn the art of being a ninja by earning a Ninja Studies Degree at an accredited Japanese university. The best part is that you only have one competitor vying for “ninja duties” in the future!

This was all made possible by Genichi Mitsuhashi, a 45-year-old who has become the first student ever to graduate from a Japanese university with a master’s degree in ninja studies. Mie University has been offering historical classes and courses on ninja skills to its students, but Mitsuhashi took it to another level by earning a degree in the art of being a ninja and studying everything that has to do with ninja.

After spending two years studying history, traditions, and martial arts skills of ninjas, Mitsuhashi completed the master’s course at the university. While pursuing his degree, he moved to the mountainous area of Iga to grow his own rice and vegetables and to also run his own inn. He said, “I read that ninjas worked as farmers in the morning and trained in martial arts in the afternoon. With this combination, I thought I could learn about the real ninja.”

Yuji Yamada, a professor of Japanese history at the university that oversaw the ninja center, was really surprised with Mitsuhashi’s dedication to the studies. “He literally devotes his life to ninja. We provide historical classes and courses on ninja skills, but I didn’t expect him to engage to this extent,” he added. Mitsuhashi finished the course in March of this year and is now working toward his Ph.D.

According to Yamada, there are about three students enrolling in ninja courses every year. To enroll, students must take an exam on Japanese history and pass a reading test on historical ninja documents. Many inquiries are sent from overseas, as there has been an increased interest in Japanese culture and history with pop culture and media. However, many students only choose to take some courses in ninja studies and do not choose to receive a degree. Mie University has mentioned that this course is to learn about ninja and not to necessarily train to become a ninja.