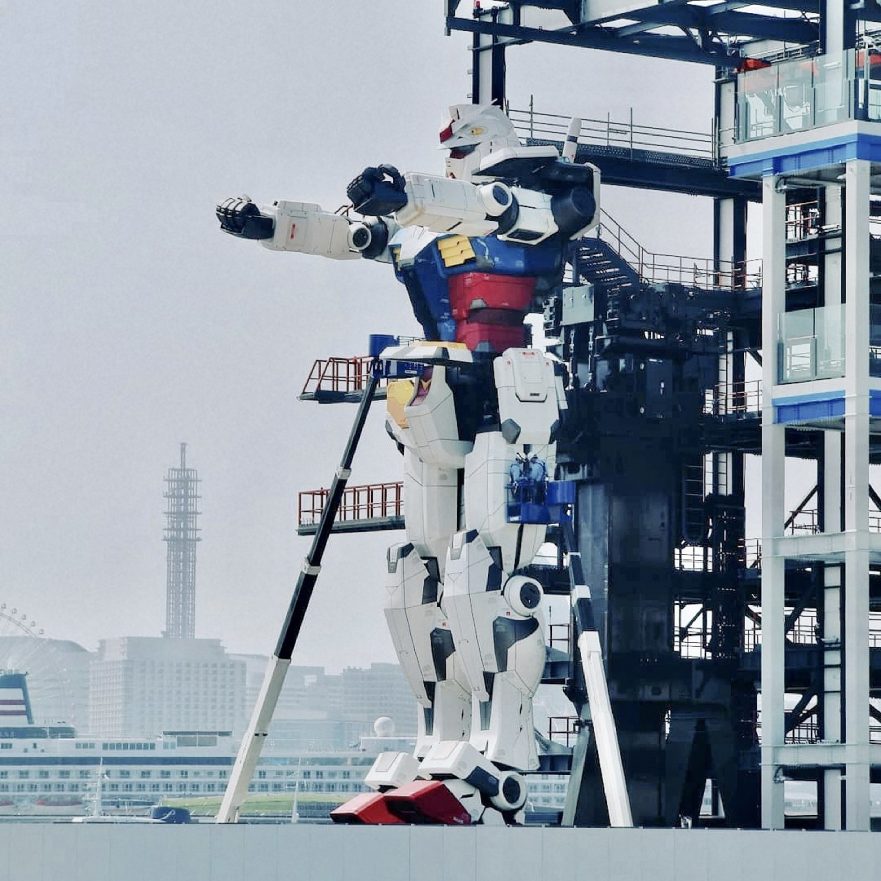 Gundam (ガンダム) is iconic in Japan and regardless of whether you watch anime or not, you have likely heard the name.

If you’ve visited Odaiba in Tokyo, you may have seen the very first full-size Gundam statue (a classic RX-78-2) on Odaiba’s waterfront. The installation was made in 2009 (it was replaced by an RX-0 Unicorn Gundam statue in 2017) and has since became a popular landmark for Japanese and foreign visitors alike.

The popular Mobile Suit Gundam anime series has been around for many decades and to celebrate its 40th anniversary, the Gundam Global Challenge Project (established in 2014) decided to build another giant Gundam robot. This time, they have built a giant statue based on the series’ first generation RX-78 model.

The massive Gundam statue is currently 18 meters in height and weighs 25 tons. It is a remote-controlled animatronic with 24 degrees of freedom for movement, allowing the statue to appear more realistic. In January, Gundam Factory Yokohama announced that the first opening of this construction would be in October of this year; however, it has been postponed until further notice due to COVID-19. Although fans of the Gundam series may be disappointed about the delayed opening, project officials have promised that the site will be opened to the public this year. Aside from the moving Gundam, the Yokohama attraction will also come with shops, exhibitions and a Gundam cafe with themed food and drinks—everything related to Gundam.

If you’ve seen the giant Gundam statue in Odaiba and love seeing anime come to life, make a trip out to Yokohama next year to check this new Giant Gundam robot out!